Anyway, in trying to keep my finger somewhere close enough to catch hints of the pulse of eLearning technology, I've noticed (along with a lot of other people) the shift toward more Web 2.0-like solutions in eLearning. The need for more interactive solutions has been discussed in the past, but only recently are we starting to see LMS companies actually include modern web technologies.

It's no surprise that the evolution is gradual. Education software is notoriously slow at adopting new tech (one of the reasons I got into this whole startup thing in the first place, actually), and when they do it's often more reactive than anything. It's a sad state of affairs when a company can say "look! We do drag and drop using Javascript" and it's actually a big deal, but that's where we're at.

Which brings me to my point. The more "Web 2.0" I see in higher ed software, the more frustrated I am by how companies are missing the point. It's all more patch-job and superficial than anything, to the point where it seems like certain slate-associated companies just said "hey, everyone's saying we need to be doing Web 2.0! Let's throw something together so we can say we're doing that!" Blech. Other companies are pulling a similar trick, saying their LMS will offer a new social network ("social network", of course, meaning you can add comments to other people's posts) to help students and teachers interact. Instead of actually embracing the underlying change to the way we interact, they're just patching on a few buzz-wordy features and calling it good. There's a lot of room for improvement in LMS's, and I would love for some people to actually sit down and think about what that means.

Very few education people seem to be getting the REAL point of this whole web evolution. Sure, part of it's Javascript interaction, but that's more the the means than the end. Part of it is social, and other services have already done a smashing job of that part (as a side note, I'm impressed by Oracle's new tactic. They're basically saying "we know your LMS doesn't do social, so we'll take care of that part"), but the other big part is in bringing web pieces together. That means importing YouTube videos and Flickr pictures -- but it also means posting to Blogger or auto-generating Google docs. You can't just suck everybody else in or you're still stuck in the silo paradigm (a la "Blackboard will also display your Moodle and Sakai courses"), you have to share, too.

There are definitely some things that can stay in the LMS (I'm undecided at the moment if those "things" include a social network of sorts), but I think we'll start to see more features outsourced and the LMS turn more into a facilitator of those outside tools. 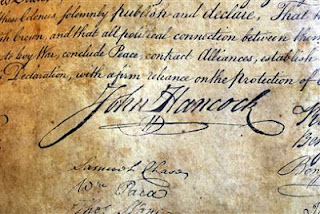